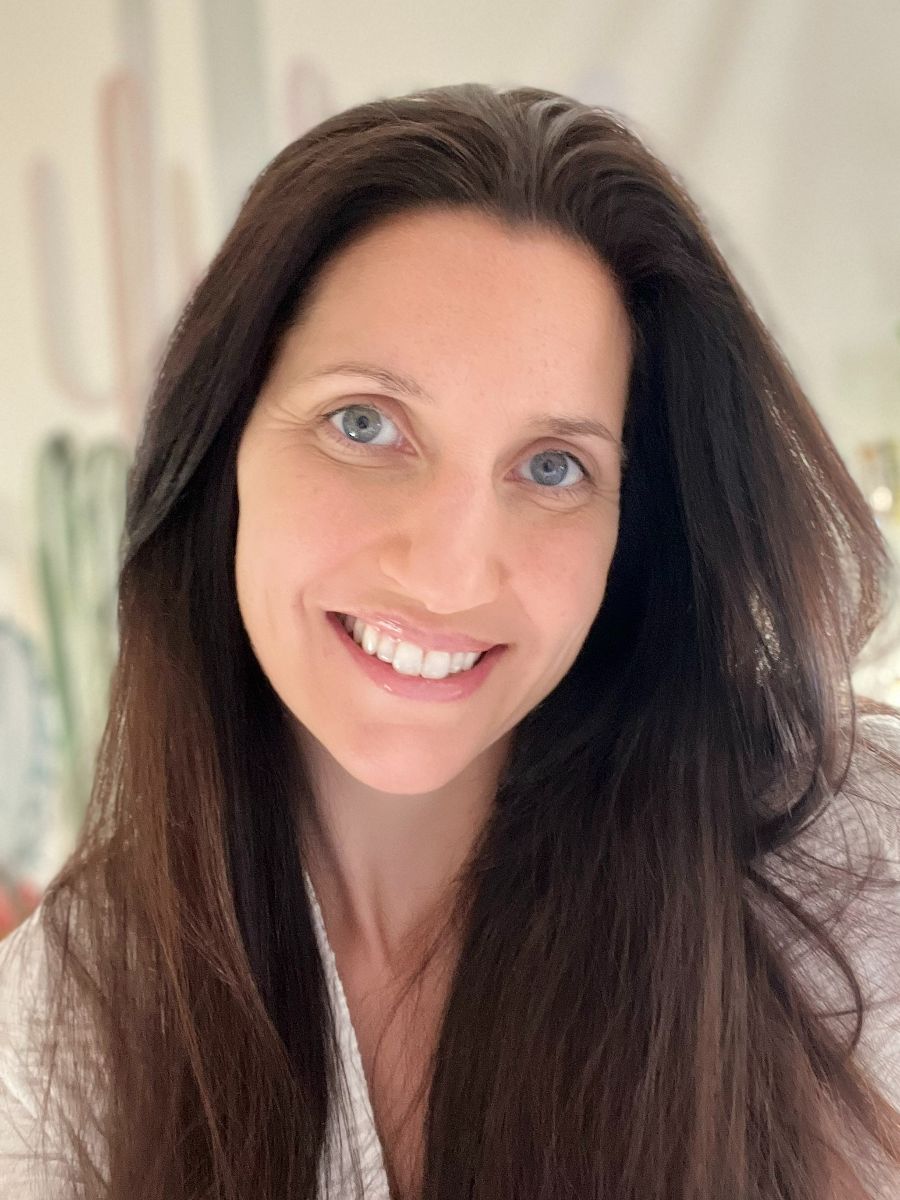 Alisa Moura’s family had always been concerned about cancer, especially since cancer took her father’s mother when he was just eight years old. Alisa’s cousin was diagnosed with breast cancer at a young age and genetic testing showed a BRCA1 variant (c.2681_2682del). Alisa became more concerned when her father was diagnosed with prostate cancer and found the same BRCA1 variant. Without hesitation, Alisa had genetic counseling and testing, and was found to have the BRCA1 variant. This began her cancer-prevention and family-connection journey.

Alisa met with several specialists to discuss cancer-prevention and risk-reduction options. Her decision to start “cutting out perfectly healthy body parts” was not an easy one, but she wanted to do everything she could to prevent cancer. Alisa was encouraged by her cousin to take advantage of an opportunity she never had: the chance to prevent cancer. Although Alisa made the right choice for her, every day she faces the physical and emotional consequences of mastectomy and removal of her ovaries and fallopian tubes.

Alisa is grateful for the support she received from her family, especially her sister who also tested positive for the variant and elected to have the same risk-reducing surgeries. Alisa reached out to organizations for more support and information. Through FORCE she learned about ConnectMyVariant and thought more about family testing. Most of her close relatives knew about the hereditary risk, but there were some relatives she did not know. Alisa decided to contact the branch of her family that was estranged. She worked with ConnectMyVariant and the BYU Center for Family History and Genealogy (CFHG) to accomplish this.

After a lot of research, CFHG shared the names and contact information of her estranged relatives with Alisa. Then Alisa carefully planned to call the cousins she had never met.

“Hardest part was just reaching out and being like, ‘Hi. You don’t know me, but…’”

Alisa’s strategy was simple: “… before you share very personal life-changing information… it’s good for them to have at least some sort of comfort with you. So that’s what I wanted to definitely establish first.” There was so much to learn about these new relatives, and that first conversation led to more conversations, social media connections, and even a plan to meet in person.

During their first conversation, Alisa waited for a good opportunity to tell her cousin why she reached out – to inform this cousin and her siblings of the family history of cancer and the BRCA1 variant. She explained the risks and options for prevention and offered a copy of her test report to guide her cousins’ testing. It took her cousin several months, but when she was ready, she reached out to Alisa for more information about genetic testing.

Alisa knew this path wasn’t going to be easy – it was possible that she wouldn’t be able to contact her cousins, or her cousins would not want to talk to her, or this would lead to more division in the family. Fortunately for Alisa, none of these happened. She ended up growing her family tree and social network. Regardless of whether her cousins have testing, Alisa feels that making this new connection was a success:

“…being able to share that with other people in your family is special because you are empowering them. What they decide to do with it is their own choice but you’re giving them that choice.”